MIT OpenCourseWare is a strange resource in the market-driven world we live in today. It goes against the whole idea of a profits driven model. But it really serves to inspire others and advance education.

It has been around for 20 years and has become a pillar of the open education community. It is a useful resource for many learners around the world from all walks of life. Both lectures and videos are used as well as other content for users to improve their careers and propel their studies.

OpenCourseWare launched during the early days of the internet during the initial phase of e-learning. Asking their users for feedback spurred them to launch OpenCourseWare, an internet site offering all of their course materials free to anyone. Within a year, MIT OpenCourseWare had a website with fifty courses attracting worldwide acclaim. Currently they offer over 2,500 courses spanning the MIT graduate and undergraduate curriculum. To date, OCW has been a resource for over 210 million unique users, with most users coming from outside the US.

It is of great value to students much further afield however. With other institutions operating closed systems, OCW is a lifeline for many students from all around the world. These students can access the site and progressed through their chosen career path as a result.

OCW has created a boom within the open-education movement. Aside from the courses, OCW has had an impact on the way online learning resources have worked in education. They have set a template for other colleges and universities looking to achieve similar results.

OER lifts up everyone’s ability to contribute to shared knowledge, and to increase that knowledge. It creates new paths for people to work together.

In 2005, OCW helped launch the MIT OpenCourseWare Consortium whose network of over 300 educational activity institutions and other similar organizations have freely shared countless learning materials to foster widespread adoption of OERs.

Integrating teachers into the process of OCW was a key priority. Initially it was envisioned that it would be almost exclusively used by educators. It has actually come as a surprise how popular it is amongst students. Educators all around the world have shared their positive experiences of using OCW.

For individual learners OCW is a means to expand understanding and satisfy curiosity and to achieve their work goals. Educators can use it is a resource library to augment and strengthen their curriculum. For educational organizations it’s a way to share a commitment to open knowledge.

The courses on OCW have also come to reflect the way that MIT has grown and adjusted over the last 20 years. An Introduction to engineering courses in Algebra have always been two of the most viewed courses. These days however courses like “The Challenge of World Poverty” reflect the zeitgeist. “Blockchain and Money” is another course which has seen a significant rise in views.

OCW also plays a role in creating more diversity. For example African studies have become more visible at MIT. Often Africa is seen as a place where problems need to be solved. OCW has helped show that it is also a place of knowledge production.

OpenCourseWare enters its third decade in the thick of the Covid-19 pandemic, with schools and businesses closed. Traffic to OCW spiked to 2.2 million visits a month, 75% higher than during the same period in 2019. More importantly, the shift to remote learning over the past year has focused on the opportunities of online education. Looking at the longer term, OCW can use its experience of 20 years to address the problems currently being faced. 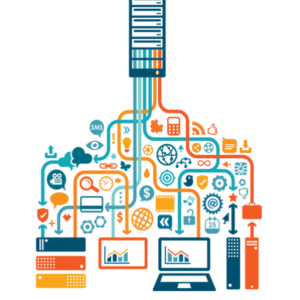